Lets start with a question. Have you ever wanted your own website?

Most people say yes. OK, so have you ever wanted your own website called your own name?

Most people say yes. Some people actually have their own website with their own name and very nice it is too thank you very much. But what if someone else with the same name as you has already got their own website, what happens then?

Well there are a few options –

So you obviously know I got round this problem by adding the town I live in (Whitstable) at the end of my name (Daniel Johnson).

So what’s your point Dan?

Well I just wanted to point out that I must have gone through about two hundred different variations of my name to call my website and all of them had been taken. I mean all of them. (Aaarrrrgggghhhh!!!!!)

Actually I wasn’t that upset, I was happy that there were other people on this small world with the same name as me that I’d have never known existed if it wasn’t for this interweb thingy. Also that I feel I have a very very very small connection with these people.

So here’s to all the people in the world called Dan Johnson. I salute you – you got a great name.

And here are some things I found along the way-

This is me way back in the good ole days

I accidently googled Danjo. It means ‘boygirl’ in a language other than my own. Some people have too much time on their hands.

Here’s the entry on Wikipedia

Daniel Johnson may refer to:

I like the romantic idea of the Jack Sparrow type pirate. He was born(1629–1675) and became an English buccaneer who, serving under buccaneers as Moyse Van Vin and Pierre le Picard, sailed against the Spanish during the late 17th century becoming known among the Spanish as “Johnson the Terror”. Serving as a sailor until captured by a Spanish fleet, then held as a slave for three years (sounds like me!). Getting in various scraps and scrapes throughout the years fighting, quarreling, attacking and murdering (doesn’t sound like me) until his eventual capture and public hanging.

When I double checked this account on Wikipedia whilst writing this post the article had been edited and a disclaimer said that it was possibly a work of fiction! Well that’s Wikipedia for you! 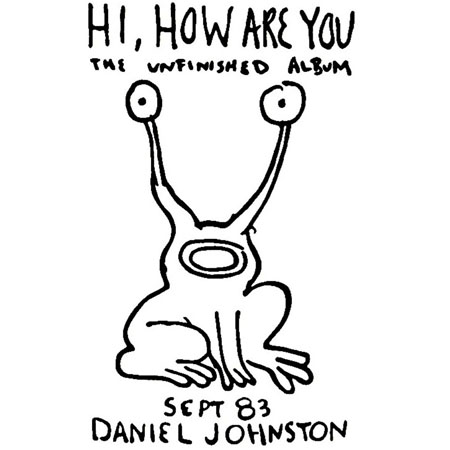 Daniel Johnston (born 1961) is an American singer, songwriter, musician and artist currently living in Texas. He has been diagnosed with manic depression and schizophrenia which has been a recurring problem throughout his life, though he has maintained a steady flow of creative output. the image above, the cover of the 1983 album ‘Hi How Are You’, probably his most famous due to it being printed on a t-shirt and worn by Kirt Kobain of Nirvana.

When the going gets tough its good to stop and think about people like Daniel, doing what they want to do and being creative albeit in the face of adversity. Respect.

So the truth of it is, if you want to find me online, don’t google Dan Johnson as you’ll find a lot of cool people with great names and you’ll probably find this website on page 50! Instead, just google danjohnsonwhitstable and it should come up straight away!

Dan Johnson who is an graphic designer and (I believe) web WordPress wizz.

There is also a guy that works as a correspondent for the Independent newspaper. He used to report the Formula one news, so I had him on Twitter for a while.

A Scottish Member of Parliament.

This one writes but also takes pics.

This site uses Akismet to reduce spam. Learn how your comment data is processed.